This month has already seen a heap of collaboration announcements and here are two more to throw into the mix: Zac Posen for Lord & Taylor and Nanette Lepore for J.C Penney. Zac Posen’s collection will be fairly exclusive, with just 12 dresses going into 30 Lord & Taylor stores in April while Nanette Lepore’s collection will be much larger and go into over 600 stores. It’s a multi-year deal which launches in 2013. 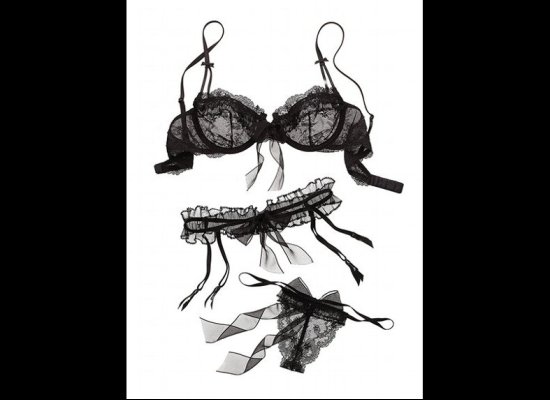 Celine’s show at the impending Paris Fashion Week has been cancelled as creative director Phoebe Philo is pregnant. LVMH took the decision to simplify things for Philo, the collection is likely to be presented in a more informal setting to allow her to take things easy during her pregnancy.

Mac sure is investing a lot of time and money into their collaborations. By my reckoning,  they’ve just realised three collaborations in just three months following Gareth Pugh, Daphne Guinness and Iris Apfel. They have just announced their newest collaboration and Mac muse: Beth Ditto. Details haven’t been released just yet but the campaign image below suggests her signature eyeliner will be a key feature alongside nail polishes.

Karl by Karl, for Karl.

Karl Lagerfeld’s highly anticipated “masstige” collection entitled Karl launched earlier on this week exclusively to Net-a-Porter. The marketing behind it has been great, with  physical, offline launch as well the web launch and resulting Twitter conversation. They also recorded this genius video of Lagerfeld interviewing himself. Enjoy!