A sleep deprived, exhausted Fashion Dreamer doesn’t make a good blogger…apologies for the lateness of the Fashion Fix post! Luckily I have a day off to recover from the hectic weekend, more on that later. Please, pretty please check back in the evening as I am having a dress dilemma for the Christmas Party. I’m sure I’m going to bore you to tears between now and the party so I apologise in advance! Anyway, let’s get on with the fashion news….

I posted the rumours, I posted the ‘has she just come from the shoot?’ pictures and finally I post the campaign images. Apparently we can blame it on the Madonna concert, Marc saw, liked, emailed and 5 minutes later her Madgesty agreed. Steve Meisel shot the campaign, and marked the end of a 6-year partnership with Mert & Marcus. I’m a vague Madonna fan, I like her music but I’m not normally a fan of how she looks. But these images, these images I love!

That’s the title of that Vogue documentary, which is definitely competing at Sundance in January in the US documentary category. I am ridiculously excited, do you think it will shoe Ms Wintour in a more positive like than The Devil Wears Prada? 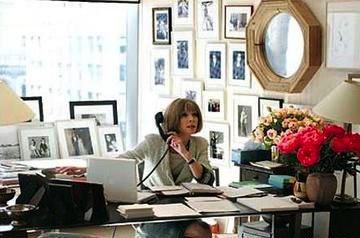 Speaking of Vogue, apparently Carine Roitfeld is to devote an entire issue to one of her favourite models for the Feb 09 issure. The lucky lady is Lara Stone according to many a rumour.

And my gift to you…

I love it when the original un-photoshopped images appear on the Internet. And I love Jessica Alba, she was gorgeous in the before images but just look at the difference! The shots are by Mario Testino for the 2009 Campari Calendar. I’m going to feel so much better about my over indulgence during the Christmas period 🙂